The rise of female empowerment

Addressing the issue of gender equality in India isn’t an easy task, as women’s economic empowerment requires sound public policies, a holistic approach, in addition to a long-term commitment. To address the issue of women’s rights, the Government of Uttar Pradesh is helping to tear down barriers for its female population, as they understand that to help women is to help society. Georgia Hunter investigates

The developing world does not enjoy a reputation for being particularly pro-women. Very often the reasons for culturally ingrained misogyny are deeply engrained in traditional, religious or societal environments with the realities rarely palatable to observers in the west.

A recent study by the Institute of Applied Manpower Research that focused on low female employment in a period of high growth drew insights from both Uttar Pradesh (UP) and Gujarat and discovered that the most pressing problems facing females were related to conditions of work, including low wages, long work hours, physical exhaustion and health hazards as well as that of physical infrastructure like roads and method of conveyance.

The study found that household members were not averse to the idea of women participating in the workforce even though this willingness in most cases was distress-driven. Revealingly, the study found that the most fundamental problem that persisted was the mentality of male supremacy at the workplace, with females being treated as inferior in every way.

So how does UP fare on the scale of female empowerment? Steps are being taken by the Chief Minister (CM) Akhilesh Yadav to ensure that the empowerment, safety and security of women are one of the top priorities for the state. “As a father of two young girls the security and safety of all girls and women is important to me. Our Government wants all the girls in the state to be safe, and secure and have opportunities for education and empowerment. Only then will our state succeed,” says Yadav.

At the end of December 2014 the Uttar Pradesh cabinet made a significant decision to form a ‘State Women Empowerment Mission’ under the chairmanship of the Chief Minister himself. The task of the mission will be to ensure coordination with respective departments for implementation of various welfare schemes for the empowerment of women. The mission will monitor the implementation of such schemes and projects while the committee will oversee its functioning.

Elsewhere in conjunction with the World Bank the UP Government is working on a pro-poor tourism development project with part of it promoting endogenous job opportunities for the poor population living in and/or close to selected tourist destinations, with an emphasis on increasing income generation opportunities for women. 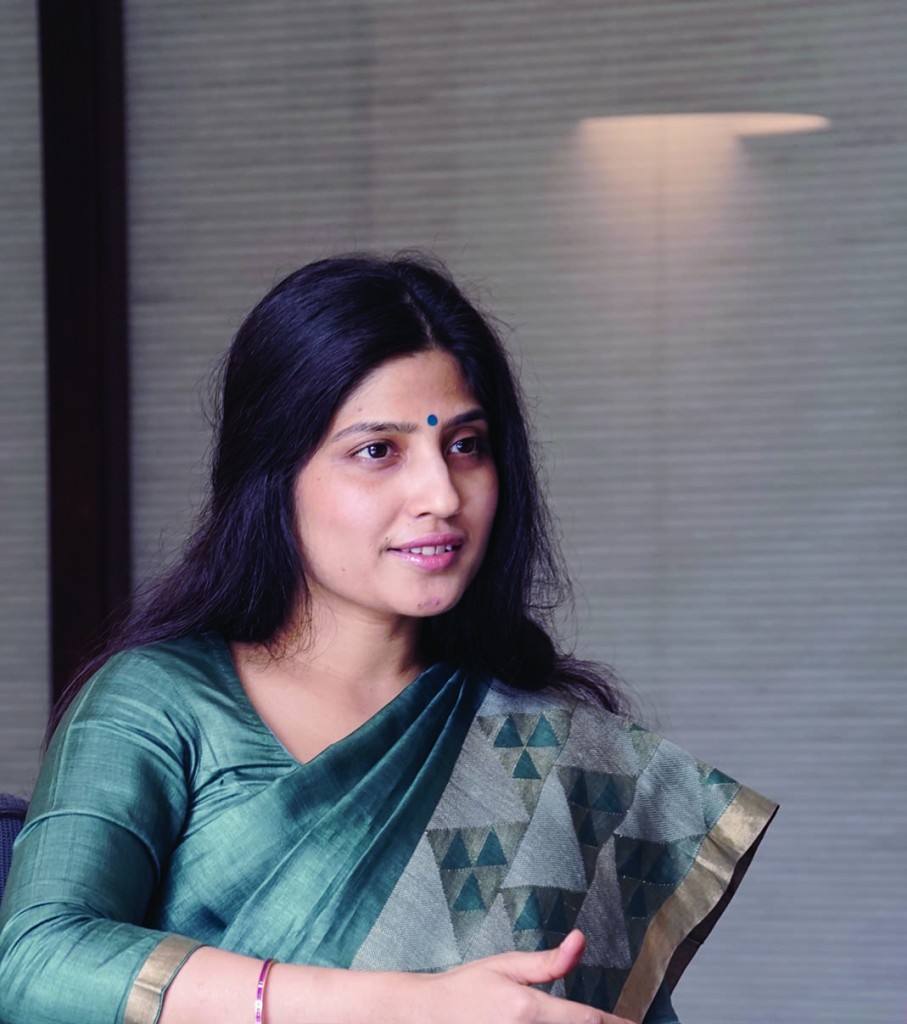 Member of Parliament Dimple Yadav, also wife of Uttar Pradesh’s Chief Minister, is living proof that gender equality is slowly but surely coming to the fore in UP

Dimple Yadav, a Member of Parliament for the constituency of Kannauj and wife of the Chief Minister, is living proof that gender equality is slowly but surely coming to the fore in UP. If fact her rise within the Samajwadi Party (SP) is being regarded as a boost to the party’s stand on women’s empowerment, as the SP makes efforts to move away from a traditional patriarchal mindset. Just because attitudes to women are starting to change in UP it doesn’t translate to it being easy for women to strike out a career in politics. “It is very difficult for a woman to stand in politics,” says Dimple. “At a grassroots level, there are a lot of crowds that they have to deal with and you can be manhandled in such crowds. Politics is difficult as a career for a woman.”

With 16 elected women representatives in the UP assembly, Dimple in the Lok Sabha, and two parliamentarians, Jaya Bachchan and Kanak Lata Singh, in the Rajya Sabha, the party is starting to focus its energies on pushing forward with the issue of greater female representation in parliament.

National president of SP women’s wing, Ranjana Bajpai, said, “Mulayam Singh Yadav [SP leader] has always pitched for women’s empowerment through education and employment. Now the party is also discussing the need to raise the pitch for female representation, a subject that was never addressed seriously by the Congress or the BJP.”

For some like Dr. Roshan Jacob, the District Magistrate for the Kanpur district, working in UP as a women has been a positive experience. “I have not faced any problems that I could attribute to my gender. If anything it has been quite a positive experience. UP is a very inclusive place, they assume that you are a good person and it is a very welcoming state because of that,” says Dr Jacob.

For many of the woman in the street, empowerment goes hand in hand with security. “This is a national problem. UP is not the only state that has cases of violence against women, it is all over India and it has to be taken very seriously. UP has been doing a lot to secure the safety of women. We have come up with the 1090 help line, which has solved the cases of thousands of women. We have also launched a 1090 App,” says Dimple Yadav. The important thing, as far as she is concerned is about more accountability. “A lot has to be done for women. We have to make people not only answerable but be accountable.”

This is only likely to happen with senior women in a wide range of roles throughout the state, like the police force, for instance. The most senior woman officer in the Indian Police Service in UP, a veteran with 30 years service is Sutapa Sanyal, Additional Director of Police and Economic Offences and Women Issues. According to Sanyal “We have certain stereotypes that lead to certain attitudes toward women. When you have these stereotypes, of gender inequality, they have been embedded for aeons in our society and this is reflected in thought processes and what we say. That is the cause of so many instances of gender violence that happen in the state.”

Since the much publicised bus rape incident in India that made the headlines across the globe, there have been a number of changes in laws both in India and in UP to ensure safety of women and the stern, strict and immediate action against criminals. “The first thing we need to do is spread awareness of these new laws,” says Sanyal. “So I go to schools, colleges and others venues and tell them about the new laws. I put up stands in malls and educate people about the new laws. Secondly, I try to connect to civil society so that people feel free to come and tell the police. Because we have a culture of silence here where people are told from childhood, don’t say anything, ignore it, everything will be OK. But the reality is that everything is not OK and it doesn’t get better. You need to make things OK. You need to put laws in place. Spread awareness. Connect with civil society.” 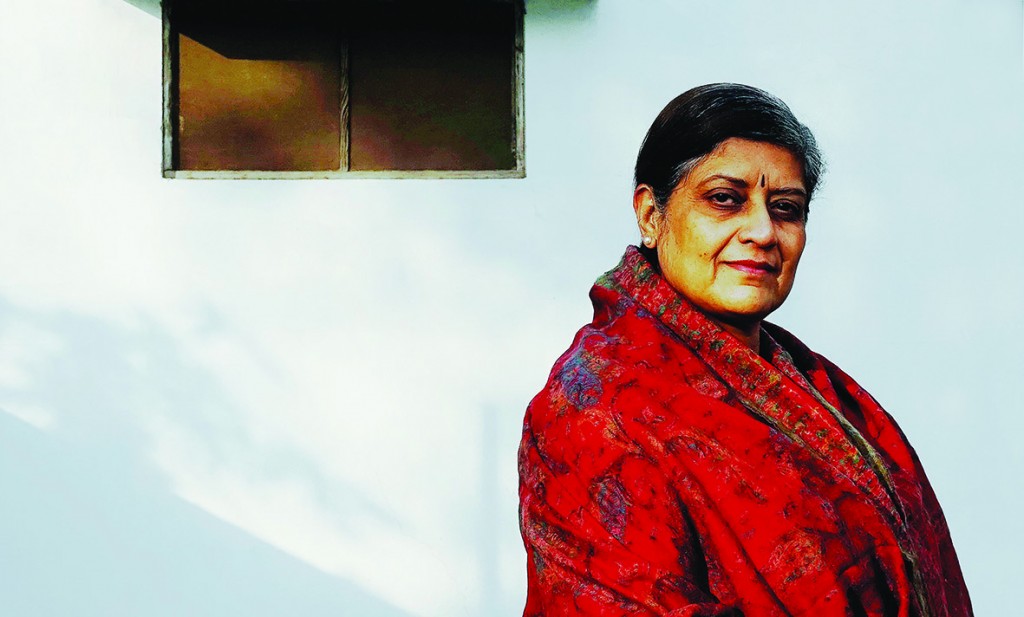 “I try to connect to civil society so that people feel free to come and tell the police” – Sutapa Sanyal, Additional Director of Police and Economic Offences and Women Issues

Changing the negative image that is portrayed of UP when it comes to women’s issues poses a major challenge. The CM however appears to be determined to create a safe and secure environment where women who have been victimised or require assistance are comfortable in coming forward and reporting the crime and are provided with all of the necessary resources and support services. In addition the CM has been working to change the patriarchal mindset rampant within the state and implement tough on crime measures. “There also has to be a shift away from the patriarchal society to a situation where women are gender equal,” says Sanyal.

Sanyal added: “Over the past year there has been a lot of attention paid in the state to the security of women. These include the control rooms that have been upgraded and the 1090 initiative. We have introduced a website where women can feed their complaints through to the concerned district.” The introduction of women-friendly police stations with dedicated areas for women go hand in hand with a recruitment drive at all levels to encourage more women to join the force is also a positive step in the right direction.

Overall it appears that the situation for women in Uttar Pradesh is finally starting to turn a corner. After years of being held in an abysmally low position within society it would seem that a return to the nobility of women once seen in the Vedic times is close. And it is within the will of the current progressive CM’s leadership that maybe, just maybe, UP will once again believe, “where women are honoured, gods reside there”.