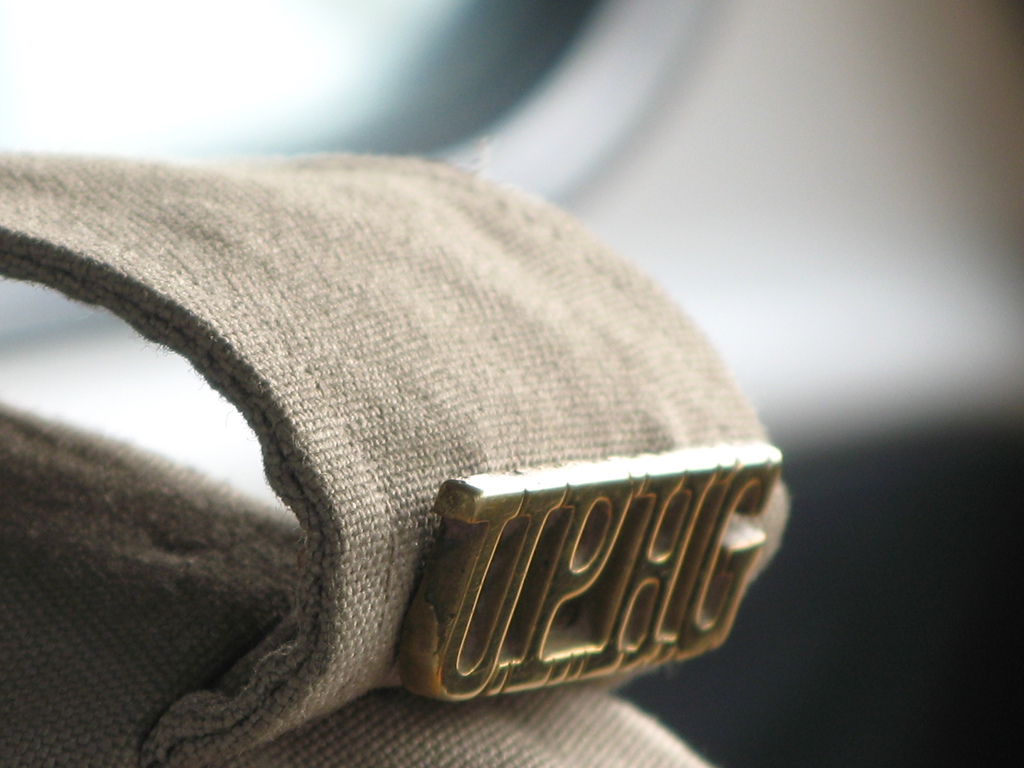 Maintaining law and order is a tough challenge in any sprawling state with a huge population such as Uttar Pradesh but under Chief Minister Akhilesh Yadav administration is tackling the issue head on and implementing tough-on-crime measures in a move to make the streets of Uttar Pradesh safer for both its residents and many thousands of tourists. Robert Windsor reports

Tackling law and order in any society is a tall order but when it comes to one in which there are over 200 million people with disparaging and varying socio-economic, educational and employment backgrounds such as Uttar Pradesh (UP) balancing the twin agendas of crime prevention and punishment is definitely no easy task.

In the past year the ruling party of the so-called ‘lawless state’ has faced some tough headlines for a number of heinous crimes but as is often the case with some media outlets (and political counterparts) the good and productive work that is being done is completely side stepped and ignored resulting in a media maelstrom and creating a negative ripple effect across the globe.

Every Government, be that in India, UK, or France must work continuously to tackle the issues of law and order and the current administration under the leadership of the Chief Minister (CM), Akhilesh Yadav, is doing just that. Since Yadav’s inception his Government has done more than any previous Government to tackle crime in UP, be it for counterfeiting and cyber crime up to more shocking offences, such as crimes against children, and women, those involving drugs and narcotics and a range of crimes that are far less well known in the west like foeticide and human trafficking. But yet where are the headlines that mention all of the above?

One person with a good overview of the real picture of crime impacting the common man on the street is Dr. Roshan Jacob, a female district magistrate within the justice system in Kanpur, one of the top 10 industrial cities in UP. In her capacity as district magistrate, Dr. Jacobs’ role is to supervise and monitor the development of the district as a whole giving her thorough insight into the challenges and needs of everyday citizens.

Jacob is firmly of the view that there have been significant improvements in dealing with crime under the new administration. “Crime is certainly higher than we would like but crimes in general are lower since the Chief Minister came to office. A lot of measures have been taken by Akhilesh Yadav to keep crime at bay, particularly crime related to women. We have the women’s Power Line, of course, but each district has also taken up its own initiatives and we have started a women’s cell,” she commented.

Tackling crime against women is a major focus and priority for the present administration. “The CM is trying to take initiatives, make reforms and implement policies to have zero tolerance for crimes against women. Suppose a woman has been subjected to any offence like teasing or purse snatching or rape,” says Jacob. “We ensure that once she calls us, everything from her medical examination, to counseling, to lodging the paperwork, to nabbing the culprits will happen within 24 hours.”

If a female falls victim to a crime of a sexual nature, every point of contact from there on will be with other women. “When they dial the dedicated telephone line, a woman will answer and a vehicle from a dedicated women’s crime fleet is dispatched with a female officer in it to look after the victim of the crime,” says Jacob.

Not everyone in UP is as bullish about the swift effectiveness of the new policing initiatives. The typical policewoman on the street has a different take on things: “Change is very slow. We are not seeing any remarkable change in the situation,” says Bapita Singh, circle police officer in UP. Singh’s view is that the basic infrastructure of society lends itself to tolerating crimes against women: “In the lower strata of society, crimes like rape and molestation and other crimes against women, the girls or women are unattended. This means that they don’t have parents looking after them. They are more prone to sexual harassment and rape because they don’t have their family around to help and protect them.”

It goes further than that. “Research shows that 65 per cent of victims of rape or molestation don’t have a toilet in their home and so they have to go out at night and this is when they become vulnerable,” says Singh. This particular problem is being tackled at both the national and state level with PM Modi’s campaign of toilets before temples, a campaign to ensure that money is diverted to building toilets before the building of any more religious shrines.

Singh is clear that the way forward involves a humanitarian vision like the one being espoused by the Chief Minister. “The CM is doing a lot to improve women’s security but there is a lot still to be done. You can make new laws but there is still an implementation issue.”

When Singh is asked what sort of further improvements can one hope to see and what more is needed she responds, “We still need more female police officers. Women officers deal with people more sensitively. There is also a need for more and better training of officers. There is still a lack of professionalism in the police force and a need for more modernisation. We still lack resources and equipment such as non-lethal weapons and vehicles. We need to see modern control rooms introduced in every part of the state.”

Overall the state has become much more serious about the analysis of crime statistics to ensure that real improvements are being made and that crime is on the decrease. This involves introducing crime control measures while establishing crime units that utilise more scientific crime procedures to assess and deal with crime. It also involves engaging anti-corruption agents like Hitesh Awasthi, Additional Director General of crime for UP. 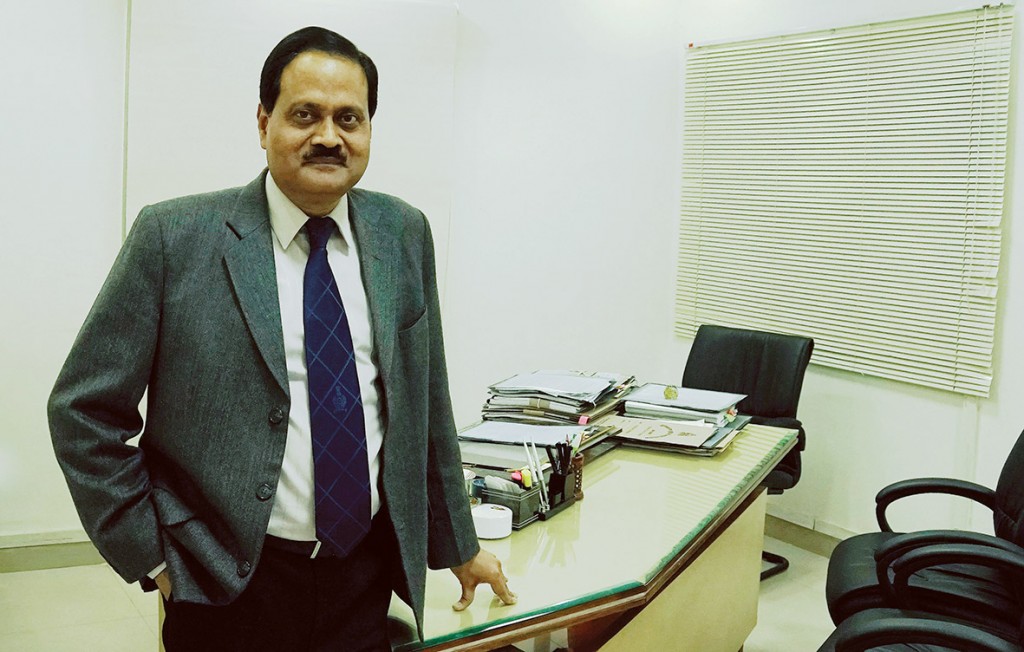 Awasthi takes a dim view of people who suggest that some sectors of society do not have access to fair due process in the criminal justice system. “Such a perception is in the domain of imagination. As a practitioner, I would say that this is definitely not true. If there is such a perception then we need to dispel it,” says Awasthi.

Awasthi warms to the theme of misperceptions that surround UP and much of India when it comes to dealing with and tackling crime. “Transparency International [a global civil society organisation] shows that India’s transparency has gone up 14 or 15 positions in one year. Perceptions keep changing and things are improving all the time,” says Awasthi.

These improvements are ongoing and include a recognition that the state needs to beef up its police force. At present UP has about 141 police officers for every 100,000 people while the global average for developed countries is around 300 per 100,000. As one of the chief ministers priorities there is a massive recruitment drive underway. “We are in the process of recruiting 40,000 new constables. We are putting in advanced control rooms with upgraded technology, with vehicles of their own,” says Awasthi.

“UP is amongst the safest states in India, within the top 10 in India,” Awasthi says. But there is still room for improvement and this is why there are so many initiatives being undertaken to reduce crime rates overall but particularly those that might involve women, tourists and foreign investment.

“Some years ago as an experiment, we introduced tourism police in Agra who are at least bilingual,” says Awasthi. Agra is home to the Taj Mahal and India’s top tourist spot. “One of the issues that tourists might find in rural areas is that the police officer might not speak his language. The tourism police in Agra have been working for 10 to 12 years very successfully. They know how to deal with tourist-related crimes like lost or stolen passports and visa problems.”

Crime and corruption are evident in every society in the world and UP is no different. How swiftly real change can be seen to be taking place will dictate how fast the state will develop both socially and economically. Chief minister Yadav has made the safety and security of women and crime prevention a priority by investing in initiatives, policies and programs to make things better both for women and for the common person on the street. Even though change takes time, based on the early results at the grassroots level things seem to be heading in a positive direction.