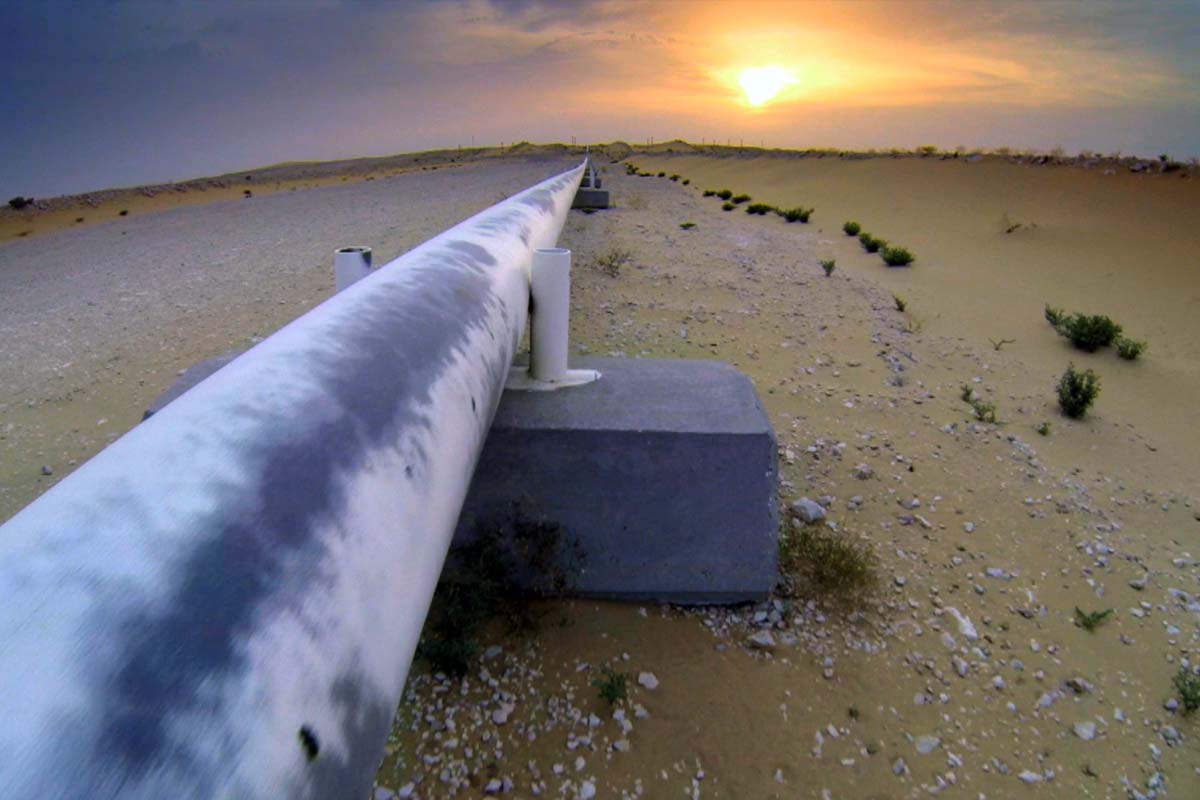 Jerusalem, 1 September [AP] – Egypt’s new natural gas bonanza is causing an uproar in Israel, with energy stocks plummeting and recriminations over indecisiveness and infighting that have delayed production from the country’s own gas fields.

The government is currently struggling to get parliament to approve its natural gas business plan, but observers fear Israel may need to reassess everything now that Egypt, which had been cast as both an export destination and a partner, may have found its own independent solution.

Israel’s offshore gas reserves had long been regarded as a future cash cow for the resource-poor country, and gas exporters in Egypt were expected to be the key customers of Israel’s yet untapped Leviathan field.

But plans to develop Leviathan are suddenly up in the air after Italian energy company Eni SpA said Sunday it had found the “largest-ever” gas field in the Mediterranean Sea off Egypt’s shores. The field is located in shallower seas than Leviathan, likely making it easier for companies to extract, in a country with none of the regulatory chaos of Israel.

“It adds a whole new layer of uncertainty to an already very messy situation,” said Gal Luft, an energy security expert and senior adviser to the United States Energy Security Council. “It essentially postpones any prospect for a deal.”

After the news broke, the main energy companies with holdings in Israel’s gas fields took a hit. Texas-based Noble Energy’s shares tumbled 3.2% on Monday in trading on the New York Stock Exchange, while the Israeli Delek Group’s shares dropped 12% in trading on Tel Aviv’s stock exchange. The oil and gas index on the Tel Aviv exchange plunged 13%, though the index appeared to stabilize Tuesday.

Israel discovered two large fields, Tamar and the larger Leviathan, in 2009 and 2010, raising hopes that the gas would reduce Israel’s dependence on foreign sources of energy and create a new engine for the economy. But exploiting the gas has turned out to be more complicated than anticipated, amid repeated disputes over pricing, export policies and how to split profits with energy companies developing the fields.

Egypt’s massive gas discovery “is a painful wake up call for our really foolish conduct,” Israel’s energy minister, Yuval Steinitz, told Israeli Army Radio on Monday. “For years we have been stalling the searches, stalling development. Nothing is moving.”

For months, Israeli leaders raced to clinch a deal to lure developers to extract Israel’s gas. But the deal has been held up as critics accused Prime Minister Benjamin Netanyahu of caving in to a monopoly at the expense of Israel’s coffers. Even Israel’s antitrust commissioner opposed the deal.

Israel’s Cabinet tried to sidestep the commissioner by claiming the gas deal was a matter of national security since it involved business ties with Egypt, the first Arab country to make peace with the Jewish state and a key ally in the battle against Islamic militants. But now that Egypt has struck liquid gold, Israeli leaders worry that developers will have less incentive to develop Israel’s resource at all.

Opposition lawmaker Shelly Yachimovich, a leading critic of Israel’s deal with the gas companies, said the Egyptian gas discovery would likely introduce more competitive prices to the market and therefore Israel should not rush into a deal promising high profits to developers, siphoning off funds that could benefit the Israeli public.

“If the discovery is real, there will be regional competition, prices will drop. So it’s absolutely clear that we must not get trapped now in draconian contracts,” she told Army Radio.

A partnership between Noble and Delek is the main developer for Tamar and Leviathan, and also owns two smaller reserves discovered recently.

The firms have been selling gas to the Israeli market from the Tamar field, which went online in 2013, and have agreed to sell to neighboring countries as well.

The heftier Leviathan field, which until the Egyptian discovery was considered to be the largest gas field in the Mediterranean, has not yet been developed, pending assurances from the Israeli government about the profits the companies will be allowed to reap. Initially scheduled to go online next year, it now remains unclear when the field will be developed.

The developers were counting on sending Leviathan’s gas to Egypt, where there are facilities to liquefy the natural gas for export to Europe. Egypt’s proximity to Israel and the longstanding diplomatic relations between the two countries would have facilitated that.

After long negotiations, a government committee struck a deal with the firms earlier this year, aiming to break up their monopolistic control of Israel’s gas reserves and introduce competition while maintaining incentives for fresh investment.

But Israeli environmentalists and opposition lawmakers say the deal maintains the monopoly and squanders Israel’s resources. Their calls for more competition have helped delay a vote on the plan.

In another setback to the deal, Israel’s economy minister, who has the authority to override the antitrust commissioner, changed his mind and will no longer sidestep the opinion of the commissioner. That brings Israel back to the drawing board, because the antitrust commissioner resigned amid the controversy and his replacement has not yet been appointed. The deadlock, coupled with Eni’s announcement Sunday, forced Netanyahu to call off a planned vote in parliament.

“While here we are busy with infighting and how to make sure nobody profits, the state of Israel could already have signed export agreements that could have brought in billions of shekels,” said Uri Aldubi, chairman of the Association of Oil and Gas Exploration Industries in Israel to Army Radio. “The window of opportunity for the Israeli gas industry is quickly shrinking. Now is the time to make haste and promote the development of Leviathan and the search for additional sources.”

While Israel continues to debate the deal with gas developers, Egypt is projecting a willingness to do business and gas developers may abandon Israel for Egypt, said Luft, who co-directs the Institute for the Analysis of Global Security, a Washington-based think tank focused on energy security.

Egyptian President Abdel-Fattah el-Sissi has staked his legitimacy on fixing the economy, and in a country that frequently suffers from blackouts, he has made energy projects a priority.

But Israel can still find other buyers, Luft said. He said Cyprus and Greece would be good markets because they use oil for electricity, and natural gas would be a cheaper alternative. He also proposed that Israel adopt a different method of exporting natural gas by compressing it, instead of investing billions of dollars in building the kinds of liquefying plants that Egypt possesses.