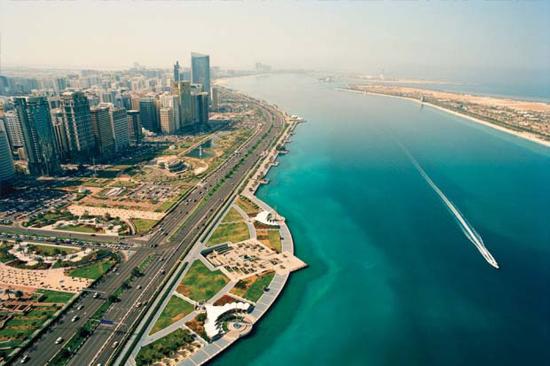 The UAE’s three-pronged post-oil economic development plan has centred on strengthening ties with its regional trade partners whilst increasing investor opportunities at home. The country has also continued to attract more and more tourists, thanks to the sheer amount of attractions available. With effective advertising campaigns around the world, middle-income families are heading to the country in large numbers. And despite the slowing global economy, the UAE continues to drive progress with ambitious plans for futuristic travel.

Despite bleak predictions from the World Trade Organisation (WTO) that global trade rates in 2016 would be at “the slowest pace since the financial crisis,” it still predicted a 3% growth in trade for the UAE. This prediction should prove correct, though the private sector did slowdown for the third consecutive month in October. Whilst many UAE industries were affected by the 2016 economic slowdown, tourism contributed $36.4 billion to the UAE’s economy, roughly 8.7% of GDP, and is expected to grow by 4.4% by the end of the year.  The 2017 outlook is also positive, with an increase of 5.4% to the country’s GDP expected year-on-year. Legoland Dubai, Bollywood Parks Dubai, and IMG Worlds of Adventure, the world’s largest indoor theme park, opened recently, expanding the draw of Dubai Parks and Resorts. With the world’s largest Ferris wheel almost complete at the new Blueswater Development, Dubai is expanding its tourism portfolio.

Excitement is also growing as the UAE explores futuristic forms of travel. The construction of the world’s first Hyperloop promises to shoot passenger and cargo pods through a vacuum tube at over 740 miles per hour. With travel from Dubai to Abu Dhabi possible in 12 minutes, this technology could revolutionise regional travel. DP World has made a firm commitment to Hyperloop technology with a $50 million investment. Large scale testing begins in Jebel Ali in early 2017. Driverless cars are also generating significant interest in the UAE.  Several companies have been developing the technology over the past decade, highlighting congestion-free commuting and zero accidents as potential benefits. Sheikh Mohammed bin Rashid Al Maktoum, Vice President of UAE and Ruler of Dubai, tweeted earlier in 2016 that: “We have approved today a new strategy for self-driving transport […] By the year 2030, 25 per cent of transport in Dubai will be smart and without drivers.”

With trade, the UK is reaching out to strengthen ties as post-Brexit economic plans take shape. At the recent GCC Summit, UK Prime Minister Theresa May urged the attending heads of state to create “economies that work for everyone.” The UAE is the UK’s twelfth largest trading partner, with bilateral trade reaching over $15 billion in 2015. Whilst reimagining its ties with its European trading partners, the UK is establishing core partnerships outside Europe. The UAE’s long-standing relationship with the UK means it is perfectly positioned as the UK determines its new economic reality.

Dubai also continues to strengthen cross border trade with India, Africa and China. India is the second largest foreign direct investor in the UAE and is a regional hub for Indian business. Analysts are expecting the trade figure between the two countries to move towards the $100 billion mark by 2020. In Africa, the Dubai Chamber of Commerce will soon have four offices on the continent. Trade volume has increased from 1% to 9% within the past decade, and with increased air links to various African cities, along with Dubai’s existing port infrastructure, the emirate is establishing itself as the central hub for the Africa-Asia trade corridor.

Developing ties with China has been the UAE’s primary focus in 2016. Trade volume between the two nations reached $20 billion in the first half of the year, making China Dubai’s the largest trade partner. The UAE is China’s trading gateway, with roughly 60% of China’s GCC imports coming through the country. In late October, the Dubai Chamber of Commerce and Industry opened its seventh international office in Shanghai. Hisham Al Shirawi, second vice-chairman of Dubai Chamber summarised the value placed on its Eastern trading partner: “China is our top trading partner and we have worked hard to strengthen trade relations with the country over the last decade.”

The country is also opening its tourism market to Chinese travellers. To expedite this goal, Chinese nationals will soon receive visas on arrival. Chinese tourists made up 4% of the total passengers in Dubai Airport, though they accounted for 8% to 12% of total travellers’ expenditure. Last year 450,000 Chinese tourists visited Dubai, an increase of 29% from 2014. With currency devaluation in Europe and geopolitical tensions putting some travellers off the region, the UAE is looking to tap into strong economic tourist regions to the east.

As the global economy continues its sluggish growth, the UAE’s tried-and-true three-prong approach to non-oil economic development should continue to serve it well as it focuses on growth during a period of uncertainty.