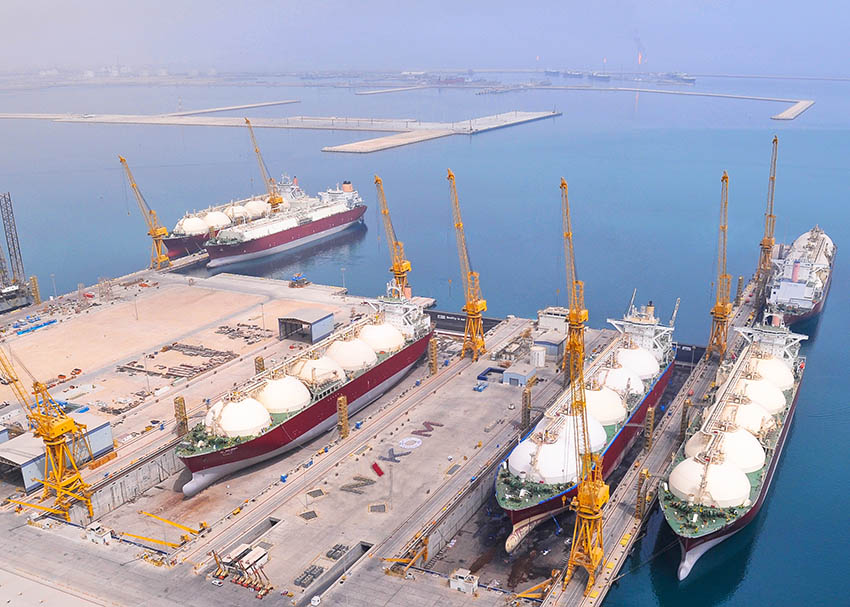 London, 25 August [Reuters] – Gas giant Qatar is becoming commercially sharper, using traders and tenders to grab new customers, and fighting to hold on to its share in the prized Asian market.

Qatar is the world’s top supplier of liquefied natural gas (LNG), but in the coming five years it could be surpassed by Australia, a shift that threatens its dominance in Asia – which accounts for almost three quarters of the global market and has paid the highest prices.

“Previously, Qatar’s strategy had been about retaining price, in future it’s going to be about retaining market share,” said Noel Tomnay, head of global gas and LNG research at Wood Mackenzie.

“As lots of Australian LNG comes into the market, it’s inevitably going to push out some Qatari volumes from Asia,” Mr Tomnay said. This has prompted Qatar to work more closely with trade houses who are focused on short-term deals, often in riskier markets, while also lowering its price expectations.

“In the past, Qatar did not need to be commercial. Now, they are a lot more commercial, a lot sharper,” a trader at an international trade house said. “They are dealing with traders more and have started participating in tenders.”

With the help of trade houses, Qatar has been supplying LNG to some of the newest importers including Egypt, Jordan and Pakistan, who are securing vast amounts via short-term tenders.

The global LNG market was based on bilateral long term deals, with contracts lasting years, but the new supply has increased uncommitted volumes, triggering more focus on ‘spot’ trade.

“Qatar as a supplier can afford to provide their long term contracts and then on top of that they have flexible LNG to attack new markets. It’s a strategy to adapt itself to the new world,” a trader at an oil major said.

“This suggests that they are showing increased flexibility in responding to the changes in the markets,” Mr Flower said.

Qatar was previously able to charge a premium on the basis that they were a very reliable supplier. Its major LNG producers Qatargas and RasGas produce around 77 million tonnes per year.