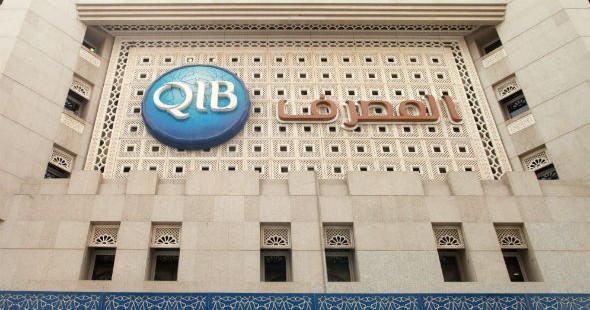 Before the global financial crisis it seemed as if every bank in the Gulf experienced year after year of record-breaking profits. Then it all came to a halt with a screech and the return to the good old days has been a long time coming. But after five tough years it looks as if the good times are finally back, if QIB’s recent performance is anything to go by. The bank reported a 16 per cent leap in profits for the first nine months of 2014 when compared to the same period last year. QIB’s profit reached $310m for the first 9 months of 2014 with total assets up 29 per cent during the same period.

QIB’s story is not a long one, established in 1982 as the first Islamic bank in Qatar it has developed a reputation as something of a pioneer of Islamic banking in both the domestic and regional markets. The bank is rated ‘A’ by Fitch and ‘A-’ by Standard & Poor’s and boasts a 36 per cent share of the Islamic banking market in Qatar, which represents a 9 per cent share of Qatar’s banking sector overall. QIB is also active globally with an international presence in the UK, Malaysia, Lebanon and Sudan.

The global financial crisis changed everything, however, and these days customers and regulators alike are often more concerned about the overall strength of a bank than its headline profit. Qatar is no exception as banks grapple with stringent new capital adequacy rules under Basel III regulations. Bassel Gamal, group CEO of QIB, sees little cause for concern in Qatar. “Effective beginning 2014, all banks in Qatar including QIB have adopted the Basel III guidelines issued by the Qatar Central Bank. These guidelines now ensure that the capital adequacy framework in Qatar is in line with the latest guidelines to be adopted world-wide and captures key risks inherent to the banking sector. These new guidelines impose higher capital charges on certain asset classes but at the same time provide additional clarity on definition and qualification of various capital items and instruments.” 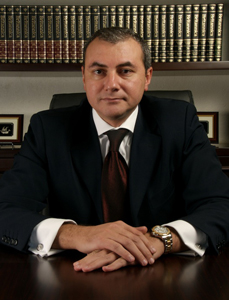 Of course the shift from Basel II to Basel III is not a one-off event and requires banks to be on their toes to the constantly changing demands on them. Gamal says, “The new guidelines have raised the minimum capital adequacy level from 10 per cent to 12.5 per cent and the level is expected to go higher from 2016 for countercyclical buffers and additional requirements for Domestic Systemically Important Banks. While these requirements strengthen the overall banking sector… we need to be cognisant of these requirements and accordingly align our business and capital plans.”

In large part it is the regulators in each jurisdiction who are the ones wielding the big sticks and making sure that bank depositors and the taxpayer never have to foot the bill when the going gets tough. This can affect all bank products including those as simple as the humble term deposit. In some instances, to meet the Basel III liquidity standards, a depositor must have no legal right to withdraw deposits within the 30-day horizon of the liquidity coverage ratio. The result is the introduction of term deposits that require a minimum notice period of 31 days before being able to be withdrawn by the depositor. At the other end of the bank product spectrum are contingent convertible (CoCo) bonds and wipe-out bonds aimed both at institutional and retail clients.

How long will it be before QIB and other Qatari banks issue the new type of hybrid securities or CoCo bonds that we are seeing in other markets? “The new QCB guidelines have now clearly defined the eligibility criteria for various capital instruments and provided the opportunity for banks to optimise their capital structures through issuance of qualifying hybrid capital instruments including subordinated debt-type instruments, perpetual additional Tier 1 and so on. These instruments will enable banks to strengthen their capital levels and offer additional protection to depositors and creditors and at the same time improve return on equity to common equity shareholders. So in the medium term we expect more Qatari banks to issue these forms of hybrid capital instruments both in domestic and international markets. However, the timing, size and nature of instrument will depend on the specific requirements of each institution and prevailing capital market conditions,” says Gamal.

Qatar’s currency, the riyal, is pegged to the dollar and this can be both a blessing and a curse depending on the phase of the credit cycle. The recent prolonged low interest rate environment globally caused by the US Federal Reserve’s quantitative easing programme has been blamed for the creation of asset bubbles in the unlikeliest of places but Qatar has been largely spared. Gamal says, “Even though the Qatari riyal is pegged to the US dollar, the monetary and interest rate policies of Qatar have never mimicked US interest rate levels and are more influenced by domestic economic factors including inflation and credit demand. Interest rate levels in Qatar were historically much higher than international and regional markets and the gap has narrowed in the last couple of years due to strong money supply and surplus liquidity. These lower interest rate levels have resulted in falling profit rate margins over the last few years through sharper contraction of asset yields compared to cost of funding especially for Islamic banks that have a larger share of low and non-profit bearing deposits.”

For some observers in the west, banking in the GCC is more about wealth management than about lowly term deposits and for a good number of banks it is. After all, Qatar has one of the highest GDPs per capita anywhere in the world and this does mean that there is strong demand for wealth management solutions. Banks like QIB have already spotted this niche and are committed to servicing it. “The scale of the wealth management opportunity across GCC markets is enormous… QIB is currently providing investment products and services including a suite of structured products such as International Sukuk Portfolio, Shiraa Fund of Fund, Hemaya and so on in collaboration with our subsidiary QInvest, the investment banking arm of the QIB Group. The offering spans from execution-only type of relationships to full discretionary portfolio management.”

Off the back of the global financial crisis, Islamic banking has seen an impressive boom, which has played a role in QIB’s recent growth. “From 2005 onwards the emphasis in the Islamic banking industry as a whole has been to develop advanced treasury services and innovative asset management and investment banking offerings. The Islamic financial markets are becoming deeper and more liquid with more issuers choosing to tap the Islamic markets as a response to the indisputable demand and renewed investors’ trust following the events that led to the global financial crisis. More and more Islamic financial instruments are being issued, even by sovereigns and conventional institutions. This in turn is leading to increased development in Shari’ah compliant investment vehicles. International private banks are also gradually entering the Islamic finance markets, as they understand that this will be important to their competitiveness especially in the GCC region,” says Gamal.