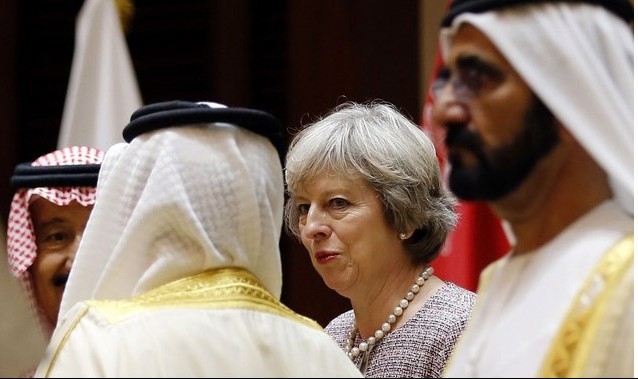 How will political upheaval in the UK and US affect the UAE? Though Brexit may prove enriching for overseas investors, expatriates with UK-based real property and other investments, including pension plans, will see a significant reduction in value with no rebound in sight.

The only certainty is change, especially following the UK’s decision to part ways with the EU and the surprise election of Donald Trump as President of the United States of America. The UAE now faces an uncertain era with two key allies embracing isolationist nationalism over international cooperation, whilst three on-going conflicts threaten stability throughout the MENA region. Though the long-term effects of these unprecedented events will take years to establish, the UAE, and the Middle East, can expect to see its relationships with the US and UK change on a fundamental level.

In June, the world was shocked when the UK voted to leave the EU. Though it will be years before analysts and pundits can gauge Brexit’s full effect, in the short term, the move has proved a boon for UAE investors who have long favoured the UK property market. The British pound fell steeply following Brexit’s announcement and has failed to stage a meaningful comeback against a strong US dollar.

According to multiple analysts and economists, the British pound is likely to experience fluctuations in value against the US dollar and the Euro as the British government battles a court case about how Brexit can be triggered. “However, there is a huge amount of uncertainty around [the court case], and from that point of view I think sterling is at the very least likely to see a lot of volatility and still remains pretty vulnerable,” said Rabobank currency specialist Jane Foley. The UAE dirham’s increased purchasing power has already benefitted the portfolios of UAE-based investment funds. Abu Dhabi Financial Group LLC netted significant savings when it closed its purchase of New Scotland Yard due to the pound’s 22.7% fall against the UAE dirham, almost exclusively as a result of Brexit. Charles Pinchbeck, head of West End development at JLL, said the sale shows “continuing international confidence in the London market.”

Though Brexit may prove enriching for overseas investors, expatriates with UK-based real property and other investments, including pension plans, will see a significant reduction in value with no rebound in sight. As the UK government continues to wrestle with how and when to invoke Article 7 of the Lisbon Treaty, uncertainty looms over whether London will retain its status as a global financial hub, and whether the EU can survive Britain’s exit as France enters an election cycle where a “Frexit” is a serious possibility and Italy has voted against a constitutional referendum, forcing Prime Minister Matteo Renzi to resign.

Though Austria has managed to avoid the same fate by electing the Green Party’s Alexander Van der Bellen as president over far-right, anti-EU candidate Norbert Hofer, the EU’s future is looking increasingly bleak. Whether the EU will manage to survive or not, the UAE should focus on its relationships with member countries, positioning itself for trade negotiations if and when another exit occurs. GCC leaders have already signalled their readiness to continue relations with a post-Brexit UK by hosting UK Prime Minister Theresa May at the GCC Summit. There, Ms. May discussed the UK’s commitment to helping the region counter “Iran’s destablising activities” and working together to achieve joint safety initiatives and bilateral trade ties.

Though the country has always held its own policy in the MENA region, as it exits the EU, direct economic and security interests are likely to take precedence. Of working directly with GCC countries after Brexit, Ms. May said in a recent statement, ‘There is so much we can do together – whether it is helping one another to prevent terrorist attacks, Gulf investment regenerating cities across the UK, or British businesses helping Gulf countries to achieve their long term vision of reform.” What will be more of a struggle is how the political uncertainty introduced by Brexit will affect the UAE and the region. As Scotland and Northern Ireland discuss breaking from the UK, the UAE could see its former ally fracture into three separate countries with competing interests.

In another surprising move, Donald J. Trump was elected as US President following a deeply contentious, and at times openly antagonistic, campaign. Whether Mr. Trump is committed to implementing any of his campaign promises remains to be seen; however, his vow to “Make America Great Again!” underscores one unchanging theme – an inward-looking, increasingly isolationist America. For the MENA region, American policy has often been a delicate, but largely predictable, tightrope act balancing competing interests and open conflict. American administrations change regularly but its Middle East foreign policy remained more or less consistent. Mr. Trump’s election as the new American President casts doubt on a previously steady policy direction.

No one yet knows how a Trump presidency will affect the Middle East. As the transition begins to take shape, few elements have materialised into substantive policies. One possible point of clarity has emerged with the appointment of Mr. Trump’s foreign policy team. Lt. Gen. Michael Flynn, Mr. Trump’s selection for national security adviser, has shown a single-minded focus on combating “radical Islam,” and has repeatedly claimed Iran supports terrorist groups around the world. Both Lt. Gen. Flynn and Mr. Trump strongly disagree with the Iran nuclear deal, with Mr. Trump threatening to withdraw US backing to the dismay of European partners. Such a move could also anger Russia who has been thawing its own relationship with Iran recently. Though pulling out of the deal is easier said than done, Mr. Trump’s recent announcement that the US will not ratify the Trans-Pacific Partnership indicates he could follow through with his threat, leaving European allies in the difficult position of deciding whether to press on or abandon the deal entirely.

These developments suggest an increased commitment to isolationism with a more transactional relationship set to emerge with regional power players like Saudi Arabia and the UAE. As Lina Khatib, head of the Middle East and North Africa division at Chatham House stated, “It’s an approach based on turning a blind eye to many international issues with the idea of building a metaphorical wall around the United States and diverting attention to national security in a way that defines national security from a rather narrow perspective.” It’s doubtful Mr. Trump’s administration will expend significant energy tackling difficult international diplomacy when there is business to be done. His son, Donald Trump Jr., met with members of a pro-Russian French think tank in October to discuss resolving the Syrian conflict. Such a meeting suggests that Mr. Trump will support Russia’s plans to lay the groundwork for resolution, in keeping with previous statements to work closely with Mr. Putin.

Mr. Trump’s own personal real estate investments in the UAE suggest he believes the nation continues to offer a financial safe haven in a troubled region. It remains to be seen whether business ties will prove stronger than Mr. Trump’s inflammatory campaign rhetoric. His statements advocating the torture of terror subjects, registering American Muslims, and possibly banning Muslim visitors could decrease GCC investors’ appetite for US-based investments. Still, with both the UAE dirham and the Saudi riyal pegged to the US dollar, any real break with the US is unlikely, leaving the UAE to navigate uncertain terrain for the time being.

For the UAE, the US and the UK have introduced a new element to long-standing relationships – uncertainty. Coupled with depressed oil prices and regional instability, the UAE should prepare itself for a time of global and local transition where anything is possible but nothing is certain.