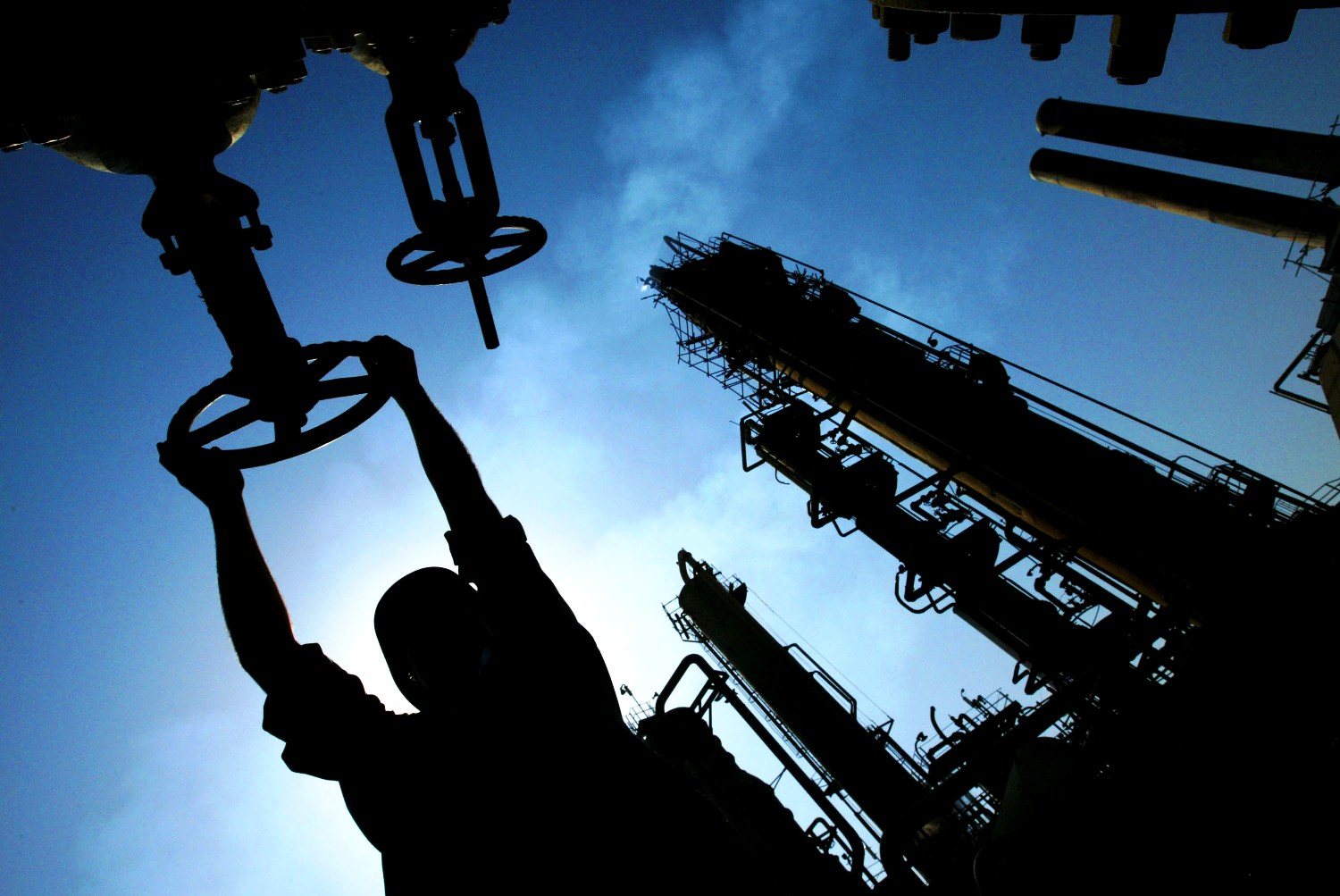 New York, 17 August 17 [Bloomberg] – Oil resumed its decline as US drilling increased and Iran said OPEC production may rise to a record after sanctions on the country are lifted.

Futures slid as much as 2% in New York to trade near the six-year intraday low reached 14 August. The Organization of Petroleum Exporting Countries may boost output to 33 million barrels a day after Iran’s international export restrictions are removed, according to the nation’s OPEC representative. The number of rigs seeking oil in the US rose by two to 672, the most since May, Baker Hughes Inc data show.

Oil has slumped more than 30% from this year’s peak in June on speculation the global surplus will be prolonged. While U.S. crude stockpiles fell a third week through 7 August, supplies remain more than 90 million barrels above the five-year average for this time of year.

“One overall big fundamental thing is the market is still heavily oversupplied, with OPEC still flooding the market,” Andy Sommer, an analyst at Axpo Trading AG in Dietikon, Switzerland, said by phone.

West Texas Intermediate for September delivery fell as much as 86 cents to $41.64 a barrel on the New York Mercantile Exchange and was at $42.01 as of 11:56 a.m. London time. The volume of all futures traded was about 27% above the 100-day average. Prices have decreased 21% this year. The contract touched $41.35 on Friday before settling higher.

Brent for October settlement traded little changed at $49.20 a barrel on the London-based ICE Futures Europe exchange after earlier dropping as much as 1.7%. The European benchmark crude traded at a premium of $6.58 to WTI for the same month.

Prices also declined as the dollar strengthened against most peers following China’s shift to a more market-oriented exchange rate. The MSCI Emerging Markets Index fell to an almost four-year low after China’s shock devaluation of its currency last week focused investors on the vulnerability of other emerging economies.

“If the Chinese economy is really so weak, and weakens further and takes with it other Asian economies, then the demand recovery forecast in the third quarter is adrift,” said Axpo’s Sommer.

Drillers in the US, the world’s biggest oil consumer, have added rigs to fields for the fourth straight week, Baker Hughes said on its website on Friday. While the number of active machines has climbed to 672, the total count is still down almost 60% since December.

The US agreed to allow some crude to flow to Mexico in the latest step toward easing a 40-year ban on most domestic exports.

Producers including Exxon Mobil Corp and ConocoPhillips have called for an end to US export restrictions after the drilling boom boosted the nation’s output. As much as 100,000 barrels a day of light oil and condensate will be exchanged for heavy Mexican crude, according to state-owned Petroleos Mexicanos.

The global oil market is already in surplus by about 3 million barrels a day, with Saudi Arabia and Iraq responsible for OPEC’s oversupply in the past six months, Iran’s state-run Islamic Republic News Agency reported Sunday, citing the nation’s OPEC representative Mehdi Asali.