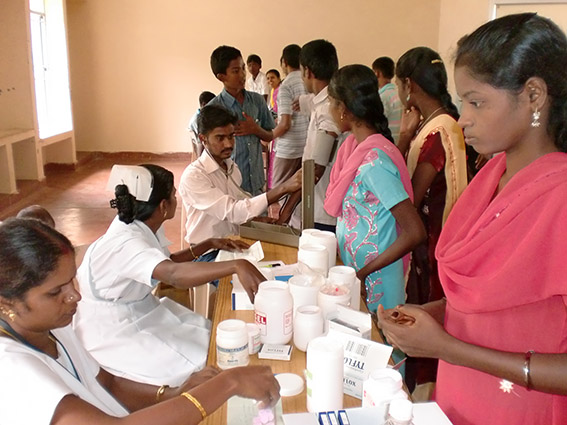 Uttar Pradesh has a huge and growing medical bill. This could spell opportunity for the world’s leading health organisations as they move in to make a both a difference and a profit at the same time. Kathryn Freeman reports

Developing countries and regions all over the world struggle with getting healthcare policy right: being too soft can lead to costs that are high and unmanageable; being too hard can lead to genuine suffering amongst the people who need help most.

Uttar Pradesh (UP) has taken a double-headed approach to solving its present and future healthcare issues by improving the standard of healthcare offered to residents throughout towns and villages and also investing simultaneously in healthcare education to prepare a greater supply of medical professionals in the future.

As with much of the developing world, nutrition is one of the first essential healthcare issues that needs to be addressed. For this reason the UP Government launched the ‘State Nutrition Mission’ in November 2014 to address the problem of malnutrition in children head on. The target of the initiative is to make the state malnutrition-free and give a lasting gift of a healthy life to the children of the state.

On a broader scale, under the leadership of the Chief Minister (CM) Akhilesh Yadav and his team, hospital admission fees have recently been waived for all patients while free treatment and diagnostic tests have been extended to below the poverty line cardholders. In-patients in UP’s hospitals are now given medicine for five days rather than three days while patients undergoing treatments of a longer duration are now given medicine for 15 days free of charge.

Looking towards medical education, the present Government has added 500 seats for medical students in the state and new medical colleges have been inaugurated in Kannauj, Azamgarh and Jalaun districts, resulting in an increase of 300 seats under the Bachelor of Medicine and Bachelor of Surgery courses. A further 100 seats each are proposed under the first phase in Jaunpur, Chandauli and Banda districts.

The Government also has plans to establish new medical institutes in the state and a cancer institute in Lucknow district is being planned as a high profile initiative. Naturally, these initiatives are a serious drain on the public coffers, but are indicative of the high importance being placed on the future of healthcare services in the state by the Government.

A further development sees a medical complex known as Medanta-Awadh being developed in an area of 12 acres in Lucknow by Dr. Naresh Trehan to offer comprehensive advanced healthcare. This 1,000-bed specialty hospital will be equipped with facilities that include 30 operating theatres, a 300-bed intensive care unit, an Unani medical centre focused on a form of traditional medicine, an Ayurvedic medical centre, a research and development centre, a healthcare business process outsourcing (BPO), offices of multi national healthcare and drug companies, ancillary and supportive services and residential premises.

Slightly lower profile initiatives include the setting up of new medical colleges in Budaun, Jaunpur and Chandauli districts while the state’s first postgraduate super specialty paediatric hospital and educational institute is planned for Noida.

The Minister for Medical & Health, Family Welfare, Women and Child Welfare for UP, Ahmad Hasan, lays much of the credit for the robust development of the healthcare sector at the feet of the CM. “Our state has improved in every front on the healthcare aspect and we are working harder to improve even more in all aspects of healthcare delivery. The CM governs under difficult and challenging circumstances and despite this he has increased the confidence of the poor in UP for healthcare.” 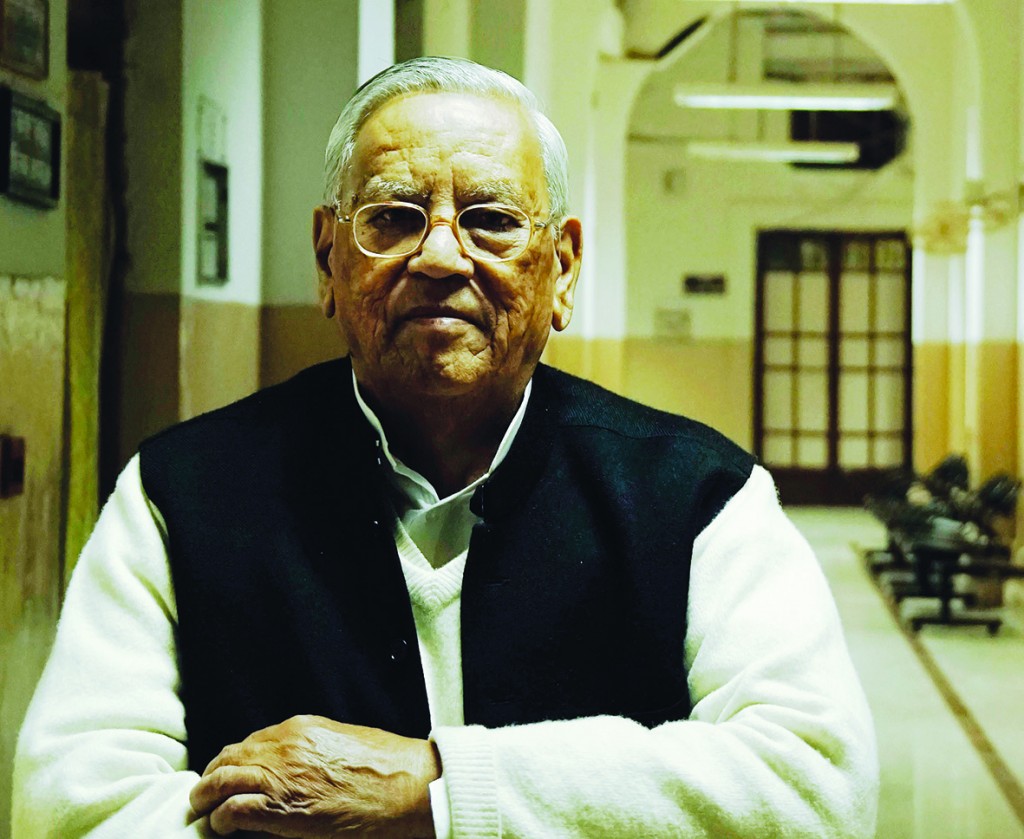 He added, “One of the first things that was in his manifesto concerned giving poor people access to free medicine. The previous Government only gave medications free to for a period of three days whereas this administration extended that to five days. If people live in rural areas, then the hospitals have been given enough funding to give them medicine for 15 days. Twenty per cent of the hospital budget was allocated towards that.”

The cost of this initiative earmarked for the supply of medicine alone is about $50 million per year. Another advance seen as part of this initiative is that the list of essential medicines that can be given to hospitals has been revised and updated and now includes a total of 431 medicines.

“To make sure that hospitals don’t run out of medicine, the CM has launched an IT solution that monitors the availability of medicine in each district hospital, online. The software also monitors if the supplier has dispatched the order for medicine, when he receives it and also when the suppliers receive payments. These reforms have been initiated already in a new state-wide drug procurement and inventory system,” says Arvind Kumar, Prinicpal Secretary Medical, Health, and Family Department.

In order to avoid the problems caused by the supply of counterfeit medicine sold at bargain basement prices, the purchasing process is transparent and open to tender. “Any pharmaceutical company anywhere in the world can come in and tender for the supply of these drugs and they will get the contract as long as their cost is the lowest,” says Kumar.

Different parts of the state have different medical requirements although some communicable diseases like tuberculosis are quite common throughout the state. As the general level of affluence slowly rises in UP, incidences of cardiovascular diseases are increasing but more generally doctors have to deal with illnesses such as common fever and diabetes. Some localised areas suffer acutely from cases of Japanese encephalitis and encephalitis syndrome.

The state’s largesse does not end at free medicine. “The Government has also given free X-rays and free blood testing for everyone and this is unique in India. There used to be a bed rental fee of 35 rupees ($0.55) in the hospitals and this administration has done away with that so that a bed is now free,” says Kumar. “But one of the major achievements of this administration is the health services working with the private sector to provide ambulance services. This administration has introduced around 1,000 new ambulances into the system.” This is a crucial development in a state that is overwhelming rural.

The introduction of a centralised call centre via a 108 telephone number means that anyone can call for free and be picked up within 20 minutes from any urban area. In rural areas the response time is 30 minutes and there is no charge for transportation, treatment or diagnostics. This ambulance fleet looks after about 250,000 patients every month and now represents one of the biggest ambulance services operating anywhere in India today.

“There have also been big strides in bringing down the maternal mortality rate and the infant mortality rate. Mothers and babies have a dedicated fleet of ambulances that can be accessed via a 102 telephone number,” says Kumar. This initiative is supplemented in hospitals with free food for pregnant women. “This is a key step in enhancing institutional deliveries rather than home deliveries and this has helped reduce mortality rates,” added Kumar, hinting at the drive to have women choose to deliver their baby in the sterile environment of a hospital rather than at home where sanitation levels are variable at best.

Inevitably, with more people demanding access to better health services, the demand for new doctors and support staff becomes more of a problem. There has been an increase of about 10 million visits in outpatients departments over recent years. “Human resources is a challenge for us,” comments Kumar. “We need more specialists. Over the past three months we have been able to attract 1,800 new doctors into the public sector. This has been achieved by linking pay scales to length of service rather than to positions available.”

The instance of non-communicable diseases is increasing in UP with cancer and diabetes on the rise. These illnesses are difficult to handle in the primary healthcare sector and as a result the tertiary healthcare sector needs to be expanded to meet the demand. “The Government of UP is giving 10 acres of land free of cost in Lucknow so that public-private partnerships (PPP) can set up super specialities in at least two disciplines: one has to be cardiovascular and other discipline the PPP partner can choose. Within three years the PPP partner would have to have set up a 500-bed hospital and reach 1,000 beds within 12 years. And at least 50 per cent of the beds will have to be charged at controlled, central Government rates,” says Kumar.

There is a recognition that the Government does not have the bandwidth to do it all itself. It needs expert advice and guidance from professionals. This is an area where overseas companies with good track records are most sought after. But commercial input is not restricted to hospitals and clinics alone. “The other project that we are running on the PPP model is in the ambulance services. We purchase the ambulances and we open the sector up to private participants to run the fleet, to bring in HR and operate them on a monthly fixed cost basis. “There is also an opportunity for setting up nephrology centres. Kidney problems are becoming more prevalent and there is a growing need for dialysis centres,” says Hasan.

As time goes on the opportunities for lucrative partnerships that will help the health of the people of the state are likely to grow rather than diminish. The population of UP is huge and growing and with it will grow the demand for high quality medical services. Quite rapidly the demands will shift from dealing with third world illnesses to developed world ailments. For investors, healthcare in UP has the potential to be a world of unlimited opportunity.