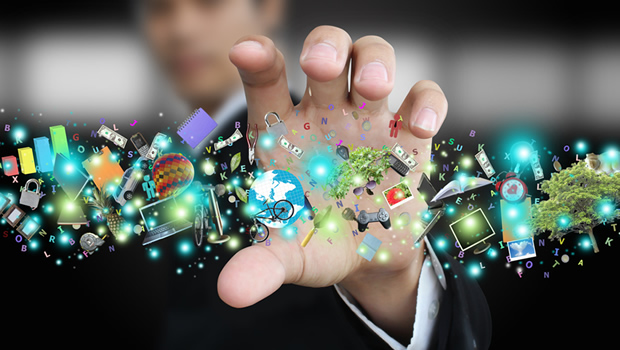 IT City is a unique initiative to provide an environment for the growth of the IT sector in the state of Uttar Pradesh. The idea involves attracting international players as well as fostering a centre for excellence within the state. Lisa Winters reports

Lucknow has been chosen as the site of a new 100-acre IT City, an initiative of the Akhilesh Yadav Government to develop and promote the IT sector in Uttar Pradesh (UP). This is one of India’s most ambitious infrastructure development projects and aims at developing a raft of new age or smart cities by converging next generation technologies across infrastructure sectors thereby providing a major thrust to planned urbanisation in India. The broad idea is that the city will be built using the latest cutting edge technologies with modern infrastructure and will be housed on UP State Industrial Development Corporation land. When the idea for the city was first discussed some years ago it was referred to as the ‘hi-tech city’ and morphed into a ‘Smart City’, finally to become IT City.

The idea for this IT City development is to not only have offices and other workplaces but also hotels, dedicated power, utilities and direct connectivity to the airport with the state Government playing the role of facilitator and the private sector the developer.

Under this general scheme, private partners can secure land from the Government at market rates and then lease blocks or properties to tenants of their choice. The new model also allows them the freedom to develop their own infrastructure.

HCL, the Indian technology group, is one of the first that showed early interest in establishing the 100-acre IT City in Lucknow leading to the creation of new job opportunities for 25,000 people in Uttar Pradesh. In October 2014 the UP Government duly signed a memorandum of understanding with the investment arm of HCL as a green light for setting up the IT city.

HCL was established in 1976 as a joint venture with the UP Government and has a larger presence in the state of UP than anywhere else in India. Today, HCL is the largest private employer in UP providing direct employment to approximately 30,000 people and generating export revenue of approximately $1 billion.

The first IT Special Economic Zone in North India was set up by HCL in Noida as a 46-acre campus and with a built up area of 1,125,000 square feet. The campus itself has approximately 13,000 employees and the project provides indirect employment to four times the number of direct employees. HCL is also launching a new campus adjacent to the old one which, when fully functional, will provide employment to an additional 12,000 people.

“Four decades ago, we dreamt of positively impacting the world with microprocessors and the journey then began in partnership with the UP Government. The development of IT City will further the momentum for innovation-led growth and social development in the state,” HCL founder Shiv Nadar (pictured) said.

Speaking about Yadav’s IT City initiative Nadar said, “No state Government in the country has come up with such a unique concept of providing all IT infrastructure at one place.”

In October 2014 the Chief Minister (CM) laid foundation stones of three mega projects in Lucknow, one of which was the IT City, which is due for completion before the next state elections. “These projects… will increase the importance of Lucknow as well as Uttar Pradesh and create more job opportunities,” Yadav said at the foundation laying ceremony in the Chak Gajaria area of the state capital.

Sixty per cent of the city will be allocated to information technology and information technology enabled service (IteS), including a hi-tech skill development centre with a capacity to train more than 5,000 people. The remaining 40 per cent will be used for support infrastructure. “IT City will play a crucial role in the overall economic development and boost the industrial growth of the state. Apart from this, it will directly create approximately 25,000 job opportunities for the youth of the state,” Yadav said. Estimates suggest a further 50,000 indirect jobs will also be created.

The creation of spin off jobs and support services is seen as a major plus for the project. This might include hardware manufacturing and telecoms equipment and would help to stem the brain drain of the state’s brightest young graduates from moving elsewhere. The development of IT City should also boost innovation-led growth and social development in the state. 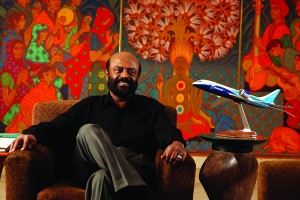 “No state Government in the country has come up with such a unique concept.”

The state-of-the art IT City has been conceptualised as a sustainable technology hub with clean power and balanced environment that will provide a modern work-life experience within a single integrated campus. This campus will also include IT delivery centres, a skill development centre, commercial complexes, social infrastructure consisting of a school, and hospital as well as residential units, thus promoting the ‘walk-to-work’ philosophy supported by a complete lifestyle of living and working experience for IT professionals. The proposed campus will play a significant role in the long-term economic development of UP and help boost industrial growth. IT City, first conceptualised by IBM, is set to be one of the first smart cities of the country.

With this in mind the Government is keen to involve forward-thinking players from the private sector, one such player is Manpreet Singh Chadha from real estate firm Wave Infratech. “Currently we have two major projects underway in UP. Wave City Centre, the first smart township of Delhi NCR spread across 152 acres and in Noida, Wave City, spread over 4,500 acres.” These are major developments set to deliver jobs, workplaces as well as homes and leisure facilities for budding young professionals.

“Any sector runs on four pillars: people, process, technology and policy, with policy being the main pillar.” But there is still room for improvement. “Lack of single window clearance for all approvals and the delays in approvals are the major bottlenecks in the operations of the sector but Akhilesh Yadav is fixing that,” says Chadha.

The Wave Group is comfortable that things are moving in the right direction for the promotion of industrial development in the state. “Opportunities given by the Uttar Pradesh Government to industrialists have been instrumental in shaping our businesses into what they are today. Also, once industrialists in Uttar Pradesh receive the necessary approvals to undertake their business, the UP Government is one of the least interfering when compared to other states and hence make doing business easy. Working in the state of UP has been good for us,” says Chadha.