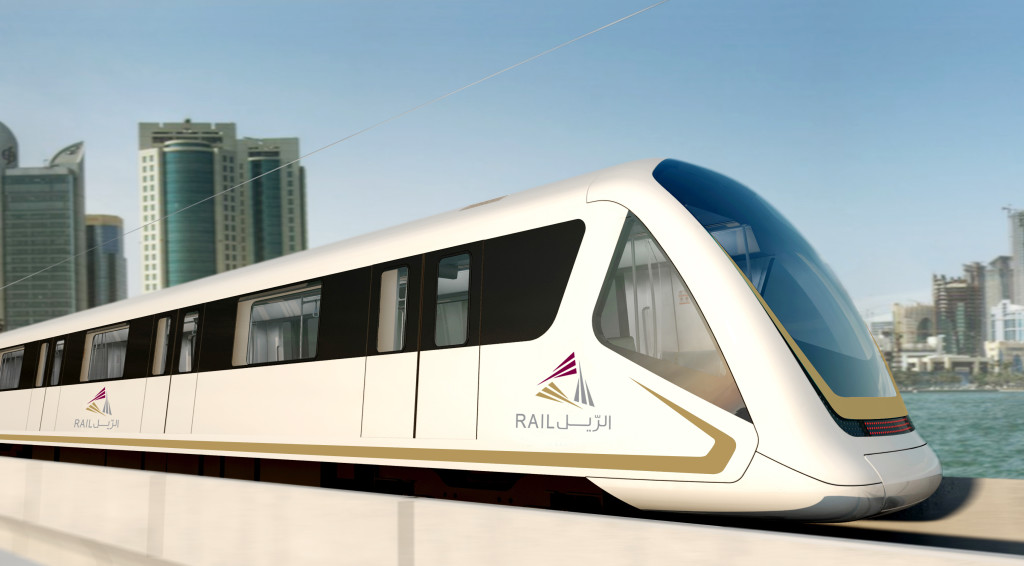 The backbone of the nation

Qatar is set for big things: that much is well known. What is less well known is that the nation is undertaking a mammoth project unrivalled before in the history of the Middle East: building a futuristic rail network from the ground up that will define what Qatar looks like for decades to come. It is all in the hands of Qatar Rail. William Malmer reports

The scale of the undertaking being envisaged by the management team at Qatar Rail is simply enormous and yet the story only began in 2011 when the Qatar Rail Company (QR) was created. The company is the owner and manager of Qatar’s rail network and will be responsible for the design, construction, commissioning, operation and maintenance of the entire rail network and systems.

This involves developing the railway sector regulatory framework, including fare policies, standards forsafety, environment and customer services and integrating railway services with other modes of transport. QR is also in charge of the appointment and oversight of programme management consultants to ensure delivery and performance, enforcement of regulations and standards on rail services operators and cost management.

The man at the helm of Qatar Rail is its CEO Saad Ahmed Al Muhannadi, whose academic background is in electrical engineering, holding a bachelor’s degree and an MBA from the University of Qatar. Al Muhannadi has more than 15 years of practical experience in the areas of public sector services and utilities through his contributions in many major committees of Qatar’s Ministry of Electricity & Water.

The scope of the project

It is clear from the outset that this is no toy railway and no pet project but a major piece of the future infrastructure of the fast growing nation that will see it better connected internally as well as better connected to its near neighbours. The project itself has a number of parts.

“Qatar Rail is developing and implementing three main projects. The first project is the LRT, the light rail project, which is to serve Lusail city. We have completed all the tunnelling and infrastructure and we are in the final stage for the fit out, architecture and system. This project has been awarded to Alstom and QVDC as a joint venture. We expect to be in the operational phase by the end of 2018 for the light rail,” says Al Muhannadi.

The Lusail project is a standalone development within Qatar masterminded by QDVC to become a waterfront state-of-the-art city. Located north of Doha, Lusail is tipped to be one of the largest and most elaborate developments undertaken anywhere in the world and extends over 35 square kilometres of land and is scheduled to house approximately 200,000 people. It will encompass not only new residential, commercial and retail opportunities, but a full array of community services, complete with schools, medical facilities, entertainment and shopping centres.

Al Muhannadi says, “The light rail is also connected to and integrated with two metro stations and we are also working on the greater metro project. The Metro will connect the cities in Qatar, the north with the south, the east with the west. Phase 1 is around 80km with 38 stations across three lines; the red line, gold line and green line. We have already awarded seven of the nine main packages and expect to have awarded the others by the end of this year. We are on track and we have completed 15 per cent of the underground work. The metro has both an underground and elevated section. It will be underground within Doha and then elevated outside of Doha.”

Doha Metro consists of four lines and will cover the greater Doha area with connections to town centres and vital commercial and residential areas throughout the city. Taken together there will be around 100 stations built for the entire Metro Network over a length of approximately 216 km and these will include two major stations built at Msheireb and Education City. The Msheireb station, located in the centre of downtown Doha, will be the hub of the Metro network, being the major interchange station for three of the four lines.

Another core part of the project covers both long distance passenger and freight rail to connect major centres of population and industries in Qatar and to form part in the planned Gulf Cooperation Council railway network linking Qatar, Saudi Arabia, United Arab Emirates, Kuwait, Bahrain and Oman. Naturally, long distance passenger rail lines offer a quick and safe mode of public transport to communities and their citizens because of their segregated right-of-way but equally importantly they help in reducing carbon and other greenhouse gas emissions.

“The third project is the regional network and connects Qatar with Saudi Arabia and Bahrain. We will implement stage one to connect Qatar with Saudi Arabia. It is around 145 km of track and will be used for both freight and passengers. We will be announcing the prequalification for that soon. There is coordination between Qatar and Saudi Arabia and other GCC members to centralise the specifications and have one schedule, so we are working with our colleagues from Saudi Arabia. We expect to have this finished by the end of 2018 and naturally this will integrate with the progress being made by Saudi Arabia since there is no point in completing it until our neighbours are ready. The Metro should be completed by the end of 2019,” says Al Muhannadi. 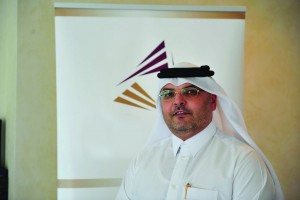 Looking to the future

The construction phase and opening of the railway will be undertaken on a staggered basis, with a target date of 2019 for the first elements of Phase 1. The total value of the recent contract awards for Phase 1, the design-and-build phase, is around $11.5bn.

Qatar Rails is leveraging technology as much as possible in order to be able to deliver its own unique vision. Al Muhannadi says, “We are trying to use the world’s best technology and build a world class Metro. The temperature and the atmosphere inside the stations should be friendly and encourage passengers to utilise the Metro fully. For signalling and communications we are using the best technology to make sure that entry and exit from the stations is made easy.”

But it is not just about passenger comfort: it is also about being responsible toward the environment. “Rail, from an environmental point of view, allows you to reduce CO2 emissions and because of this it helps us to contribute to our National Development Strategy of reduction in car traffic and reduction of CO2 emissions. From a human capital point of view it opens up a number of opportunities both before and during operations, particularly for Qataris,” says Al Muhannadi.

From an economic point of view Qatar Rail has stipulated that any international contractor should be coupled with a local contractor to form a JV
and in practice this means that in each of the development packages awarded to date, the percentage of local contactor input ranges from 20 to 50 per cent
and this helps contribute to the local economy.

From a long-term financing perspective, the Ministry of Finance is funding QR but after the rail network goes live, revenues will come largely from ticketing, from retail and also from media since there will be advertising in stations.

There are many stages to go through yet before the network goes live but already QR has plans in motion to ease the transition to full-blown rail operator. “In the last few months we have been running workshops and getting all the staff together to discuss our strategy and how we shift from a construction company into an operations company and this is the main focus. We want to make sure that we keep QR as a performance driven organisation to deliver on this strategy,” says Al Muhannadi.

Now that much of the hard work has been done, it could be a propitious time for European companies and contractors to get involved in the project as a partner or a supplier. Al Muhannadi concurs and is positively seeking inputs and expertise from a wide variety of sources. He says, “Rail is a newly established industry for Qatar and there are opportunities from A-Z in this sector.
We have a lot of consultancies involved and there is an opportunity from the UK for consultancy services for long distance supervision. The two main parts of the main contracts are civil and architecture and we are holding awareness workshops to explain our strategy. Around 50 per cent of the project is MEB and architecture branding. We would also like to see factories established locally to manufacture elements of the network that would require frequent repair, for example replacement track, consumable materials like chairs. We would like to localise this type of procurement. The idea would be to serve QR but also other GCC countries’ rail networks.”