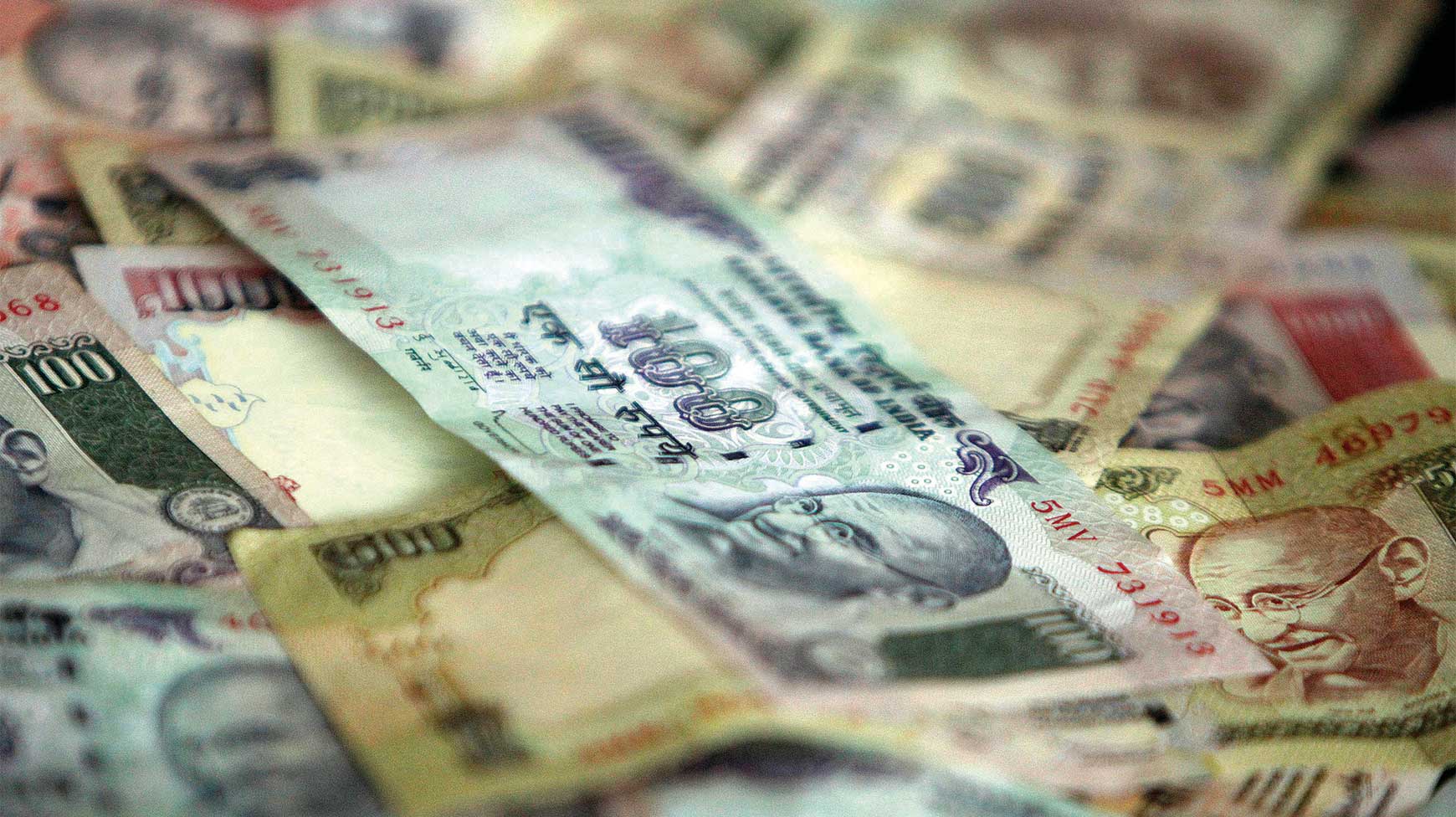 While investors interested in the Indian market are anxiously watching the country’s Prime Minister, Narendra Modi to see if he will deliver on the many reforms he has promised to kick-start the economy, much of the real work to bolster India’s economic growth is being done at the state level. Making investments in states like Uttar Pradesh a window of opportunity. Emily Jones investigates

In the past couple of years India, the world’s largest democracy, has undergone a sensational transformation both in terms of politics and the economy. After years of disappointing returns, Asia’s third largest economy seemed to have rediscovered its mojo in 2014. Stocks rose by a third; foreign investment grew by a quarter; and the economy expanded at its fastest pace in over two years.

No surprises then that on the world circuit this emerging BRIC economy is on the lips of some very influential players and the spotlight is shining brightly as India’s new poster boy, business-friendly Prime Minister Narendra Modi, takes to the stage to show the world exactly what it’s all about.

Since Modi’s landslide win in last May’s parliamentary elections he and his Government have quite literally opened India’s front door and placed a very large welcoming mat down for foreign investors to wipe their feet upon entry. On 3 December, the Modi Government announced the creation of a panel to help fast-track investment proposals coming from the US, and the Government has also extended the withholding tax, treating income as capital gains, and introducing safe harbor rules for foreign investors.

One influential caller that is about to step through India’s open door, is US President Barack Obama, the first sitting US president to visit India more than once, as Modi’s Republic Day guest of honour. For Modi a good foreign policy means good business and Obama’s visit gives him ample opportunity to discuss such things as energy, trade, defense and infrastructure partnerships. Obama however won’t be the only world leader Modi will be looking to strike deals with during the coming year.

Away from the spotlight it would seem that a lot of the hard work to strengthen India’s economic growth is being done at the state level. While the central Government has been relaxing foreign direct investment (FDI) limits in different sectors, the Uttar Pradesh (UP) Government under the leadership of its progressive and development oriented Chief Minister (CM) Akhilesh Yadav has announced a string of new policies, made amendments in old policies to announce fiscal incentives and introduced other investor friendly measures – such as the Solar power policy 2013, Infrastructure and Industrial Investment Policy 2012, IT Policy 2012 and Sugar Industry, Co-generation and Distillery Promotion Policy 2013 all in efforts to help increase investment and promote growth.

Infrastructure improvement is the number one priority in UP making this the area for the biggest capital market transactions. Roads, railways and metros tend to be projects that require significant financings spread over many years and it’s into these projects that the mega bucks appear to be flowing. By opening up its economy, cutting bureaucracy and introducing pro-business reforms CM Yadav seems to be steadfast in his resolve to grow the private sector and craft a friendlier environment for business growth to help support investors and their investments.

UP has already attracted significant investments in sugar, cotton fabrics and diversified food preparations and the state has the fifth highest share in the country in value added manufacturing of nearly 7 per cent. Electronics, leather, textiles and minerals-based industries have shown a promising growth in industrial investments over the years and companies in UP increasingly eye overseas markets as the next logical growth segment.

It comes as no surprise that under the guidance of the state’s young and progressive CM, foreign companies are starting to look at the investment potential of UP. According to DS Rawat, national secretary general of The Associated Chambers of Commerce and Industry of India (ASSOCHAM), “UP holds tremendous potential to achieve its aim of an annual industrial growth rate of over 11 per cent and 10 per cent in state gross domestic product (SGDP) by improving the infrastructure and creating an investor-friendly environment by offering tax concessions and incentives to lure industrial enterprises.”

In September a Dutch delegation, led by its Ambassador Alphonsus Stoelinga, visited Uttar Pradesh’s capital of Lucknow to discuss the potential of investing in sectors such as agriculture, dairy development and innovative technologies. According to Stoelinga, “Four Dutch companies Phillips Electronics, Royal Haskoning DHV, Ecorys and TNT are already present in UP and they are seeking to expand their business here.” He said that sectors like urban planning, water treatment, infrastructure, airports health are of special interest to them and they are willing to make investments to set up projects under the Public Private Partnership with the state Government.

He added: “Facilitating infrastructure financing loans, ensuring speedy clearance to projects and imparting technologically advanced, sound training facilities to enhance the employability of the youth are certain key focus areas that can help UP emerge as the most preferred investment destination across India.”

In terms of capital market activities, the services sector is the most important area in the state for growth. UP has established itself as a hub for IT companies and ranks fourth in the country in terms of software exports. It is here that multinational corporations have been drawn most easily and many have established facilities in the Noida industrial area, attracted by its talented workforce and proximity to major markets.

One such overseas company that is working in the region, Studio Symbiosis, a German-based architect, is involved in a number of projects, including the Punjab Kesari headquarters in Noidal, Trans Ganga Masterplan in Kanpur, Allahabad Masterplan, Double Tree by Hilton in Ahmedabad and Taj Ahmedabad to name but a few. Britta Knobel Gupta, founding partner of Studio Symbiosis, says, “UP is at the forefront of growth and development with a clear vision for the future. In urban master planning and architecture, UP has launched a number of hi-tech cities in various cities across the state to promote the growth of the state creating cutting edge infrastructure. In India likewise similar growth is reflected, with states like UP taking the initiative to create precedents for rest of the country.”

Her partner Amit Gupta added: “The projects we are working on in UP are focused on creating sustainable, integrated infrastructure planned for the future. These projects look at creating synergy with their surroundings and acting as attractor nodes that would promote growth for the surroundings as well. The projects we are developing in UP look at corporate offices and bring in industries in the state that would result in increased movement to UP from other parts of the country and in creating more job opportunities for the state promoting growth. A strong sense of identity is instilled in these projects.”

Nirmal Singh, Founder of Lotus Greens, whose company has launched multiple residential projects in Noida this year, namely Lotus Arena & Lotus Yardscape and Lotus Parkscape, a multi-housing development project at the Yamuna Expressway, told me that, “UP has huge opportunities because it has a unique consumer base to cater to. Since Noida and Greater Noida are governed by a special law called UP Industrial Act 1976, the city has no multiplicity of authorities. As Noida is only supreme authority to take all important decisions, realtors get their issues resolved with ease unlike in other states where multiple authorities hamper or delay decision making.” Other developers like NRI City are also looking at UP to build residential and commercial communities for both non-resident Indians and global investors.

Overall things are looking bullish for UP from an FDI perspective, in the past year the total investment in the state amounted to nearly $14.4 billion, of which infrastructure investment constituted $11.45 billion. As CM Yadav continues on this positive path, 2015 could prove to a be fruitful year for the state making Uttar Pradesh a chosen destination not just for tourists but for keen foreign investors looking to work with a socio-economic innovator and development-focused progressive Government.