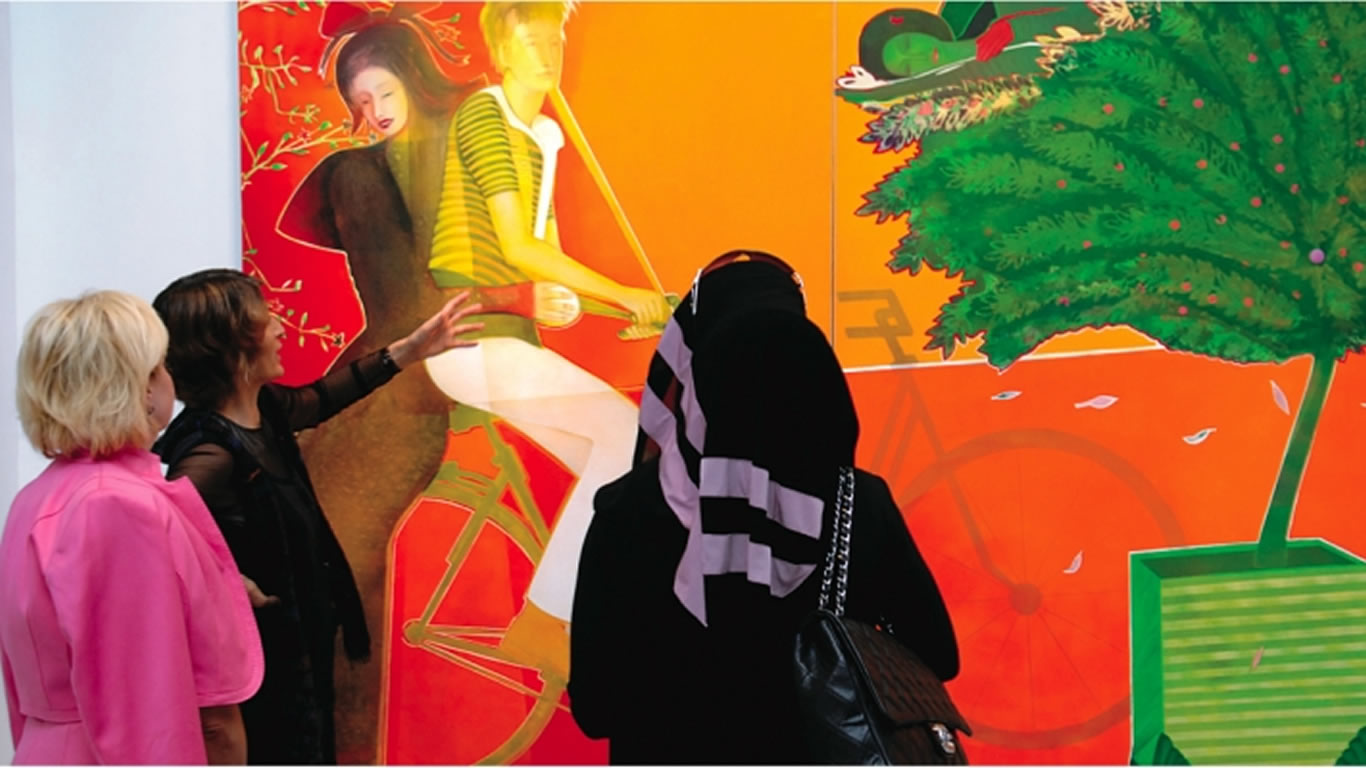 A work of art, for art’s sake

CULTURE UAE’s cultural scene is about to get a lot hotter, writes Lauren Steadman

Sun, sand and shopping attract millions of tourists to the UAE eachyear, but it is rarely perceived as a cultural destination.

In a bid to broaden its appeal, a raft of prestigious arts venues are being built to woo visitors with more highbrow tastes. The centrepiece project is Abu Dhabi’s Saadiyat Island.

Abu Dhabi’s government-run Tourism Development and Investment Company (TDIC) has been commissioned to transform the island into a world-class leisure and business hub.

Chairman His Excellency Sheikh Sultan bin Tahnoon Al Nahyan said: “Saadiyat Cultural District will create a destination that will repeatedly attract visitors from the world of arts and culture.

“The museums will facilitate the develop-ment of cultural leaders and experts through education and employment, creating fulfilling career opportunities for UAE nationals.

“In turn this will integrate culture and arts into the daily life of the community, assisting to value, sustain and preserve the cultural heritage.”

But six years after the project was unveiled, progress is slow, as financial concerns have seen the opening dates pushed back – the Louvre is set to open in 2015, three years later than planned.

Fears of censorship and the treatment of migrant workers building the complex have led to more than 130 artists, many of them prominent in the Middle East, to call for a boycott.

TDIC has responded by announcing it will monitor labour practices on the island, but the pressure group Gulfabor says more needs to be done.

The investment in culture forms part of Abu Dhabi Economic Vision 2030, a plan to reduce the UAE’s dependence on oil.Neighbouring Qatar has taken a similar approach to diversifying its economy, snapping up famous works of art and building several museums.

Over the past seven years the ruling Al Thani family is thought to have spent at least $1 billion on Western painting, sculpture and installations, including a version of Paul Cézanne’s The Card Players for over $250m and works by Mark Rothko, Francis Bacon and Damien Hirst.

The drive has been led by the Amir’s daughter Sheikha Mayassa Al Thani, recently named the art world’s most powerful woman by The Economist.

Qatar Museums Authority, which Sheikha Mayassa heads, has formed a partnership with University College London to deliver postgraduate training in archaeology, mu-seum studies, cultural heritage and conservation; she is also behind the Doha Tribeca Film Festival, a sister event to the established annual event in New York.

Museums aren’t the UAE’s only tourist attractions, and the luxurious resorts and theme parks for which it is renowned remain as popular as ever. Multi-million-dollar visitor attractions such as Ferrari World and Yas Marina Circuit, home of Abu Dhabi Grand Prix, have helped put Abu Dhabi firmly on the international map, with the annual number of hotel guests rising from 960,000 in 2004 to more than 1.5 million today.

But Dr Cedwyn Fernandes, associate professor in business studies at Middlesex University Dubai, has argued the tourist industry should look east to attract visitors and place more emphasis on the budget end of the market.

He said: “The tourism authority in Dubai should focus its marketing plans on attracting tourists from the Arab countries and Indian sub-continent. Moreover, tourist facilities should also be designed to cater to the needs of the Arab and Indian subcontinent visitors.”